In this progressive era of gender and sexuality reform I enjoy TV shows, movies, and musicals that frame characters in the traditional gender roles. While they might not be malice in a vacuum, social reformists definitely have the grounds to argue that popular entertainment is affirming stereotypical roles.

Walt Disney Television revamped the famous French fairytale by Charles Perault in the late 1990s. Directed by Robert Iscove and written by Robert L. Freedmen, they modernized the musical by trying to tinker Cinderella into a stronger heroine to appeal to contemporary audiences. The executive producers (Whitney Houston, Deborah Martin Chase, Niel Meron, mike motor, Chris Montan and David R.Ginsberg) deserve praise for their choice to use color blind casting at that era. It is indisputably progressive and ambitious for Walt Disney to cast in such a way. Credit should be given even though in the 2021 society we see color blind as a form of bias and inherent racism.

In Rodger and Hammerstein’s Cinderella (1997), Paolo Montalban plays the role of Prince Christopher. Also just as worthy of a mention, Brandy plays Cinderella as the opposing role. Although both characters have much to be analyzed from a contemporary view. Ultimately, I believe there is much more analysis and criticism already existing on Brandy. 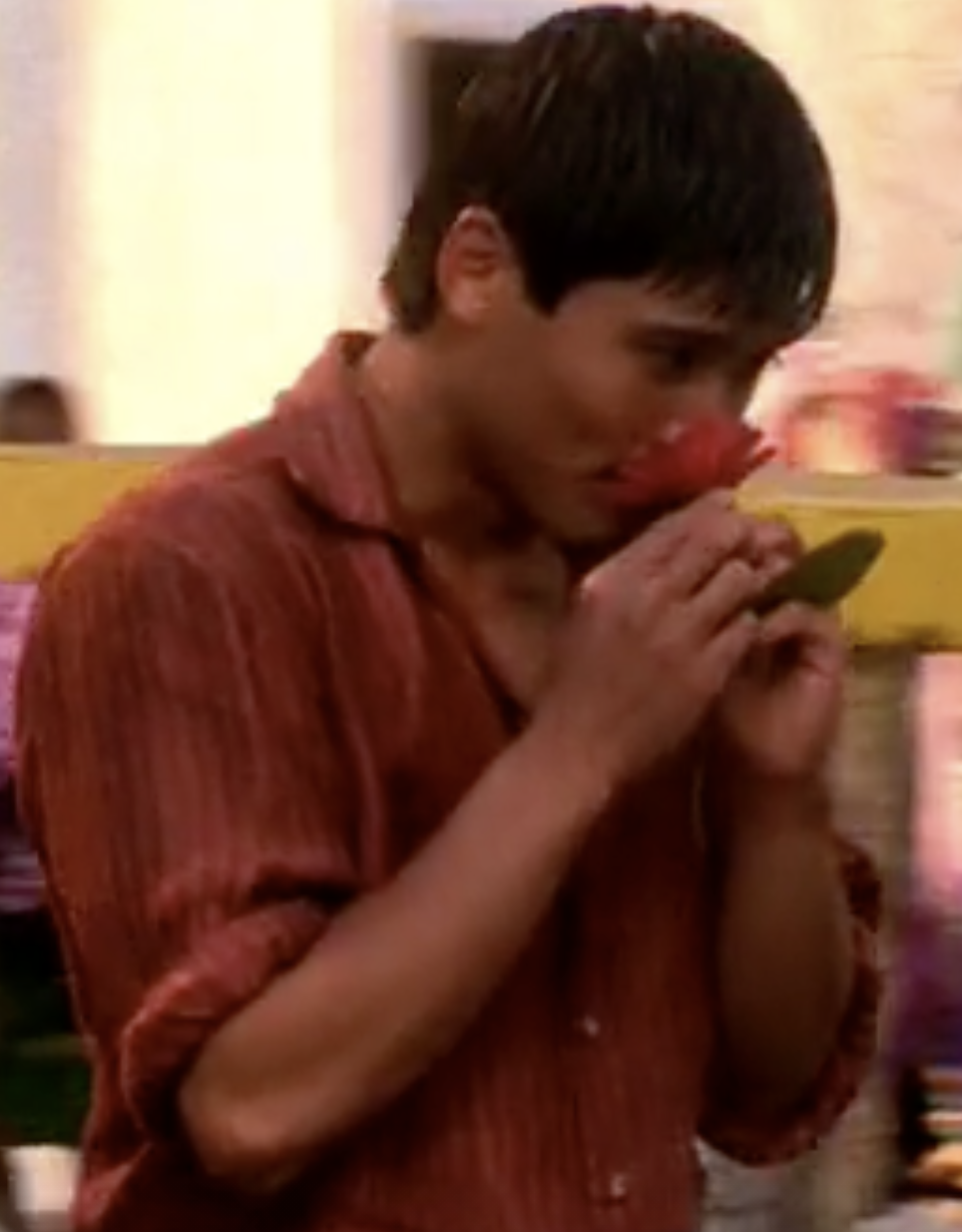 The first sight of prince Christopher is at minute five of the musical where he seems to be smelling flowers and appreciating the common market place. There’s also an interaction with a woman where he gives a flower to her to conclude a conflict. Since his role in this movie is to be a charismatic gentleman. The first scene must reinforce that idea and shows his caring personality with the act of giving a beautiful flower to a random person to brighten up their day. Similarly another cliché interaction happens between Cinderella and Prince Christopher where Cinderella is hit down by a carriage and prince Christopher immediately helps her gather the fallen items. Obviously those acts of kindness or in general benefits society but repetitively in the cinematic universe it’s been played to create this idea that to be a gentleman these are the types of gestures that must be made.

Despite my criticism, this 1997 version creates a more balanced power dynamic between Cinderella and Prince Christopher in relation to the past versions. In an older Cinderella script, the first scene of the musical is “battle with the Giants” where there is a lot of violent interaction between a crowd of knights and a giant. This obviously just displays the fearless, powerful and dominant quality of the prince which further reinforces the stereotype of traditional strong men. Where as of Cinderella 1997, the two are portrayed more as teenagers lost and stumbling around for something.

Paolo Montalban’s personal choice of his physical stance throughout this scene creates more of a feminine characteristic of the prince. Whether not he chose to smell the flower or if it was already written in the script the way that he was walking with his elbows in and with short conserved strides sets that feminine atmosphere. In contrast with Paolo Montalban’s choice of a more aggressive and masculine stance in his role of Kung Lao in Mortal Kombat. He usually had his chest puffed up and elbows distanced away from his torso to create a bigger and more aggressive figure. That fine detail is more representative of the current dynamic where warfare and physical dominance is not an appropriate or usual sign of male traits. 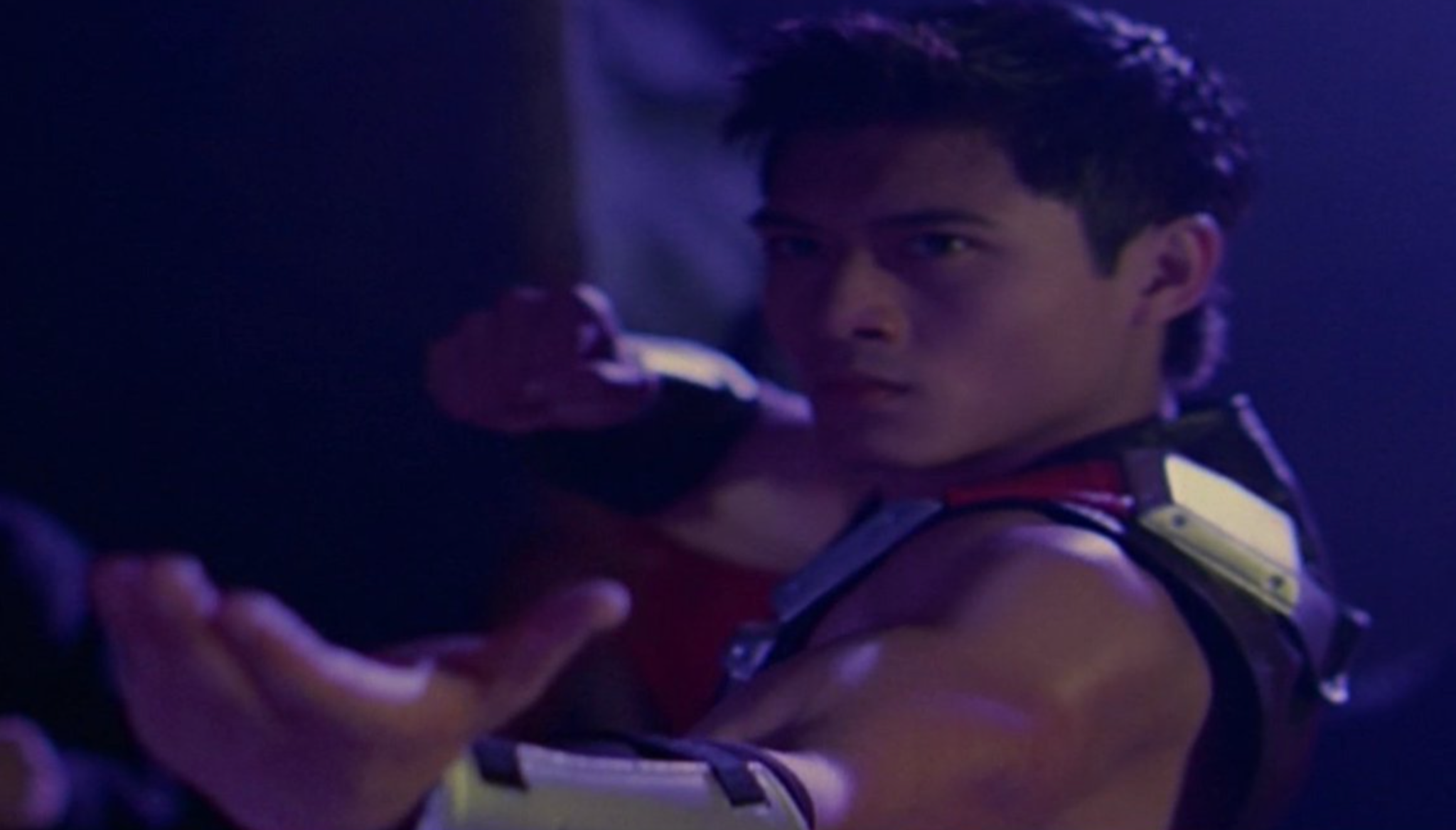 Furthermore the costume of prince Christopher throughout the musical is never seen to be wearing endorsed with any weapons. Which is a great difference from the other musicals or show’s portrayal of a masculine royalty. It definitely decreases the physical aggressiveness of the prince by using a costume choice. I personally appreciate this change because it decreases the opportunity where a person would make the connection from the presence of a sword to the weakness of the female counterpart for needing physical protection against “bad guys”.

In the magical moment where the prince lays his eyes on Cinderella there is a break in continuity on gentlemen like behavior acceptable by today’s standard. There is a short exchange between the two characters before they start dancing. In a finer detail, the prince said hello and proceeded to grab a hold of Cinderella‘s chin and lift her up while she was doing a curtsey without the usual courteous “May I have a dance with you?” It is true that the ball is made for him and the people there have the sole purpose of dancing and getting married to him. But that expectation is exactly what should be avoided being imprinted in younger children’s minds (also unavoidable since the setting and plot of the movie is surrounded around medieval royalties).

To continue this arc of courtmanship, after the night of the ball, Prince Christopher is seen being questioned by both his mother and father about his opinion on Cinderella. Although it was his mother asking questions in song, prince Christopher decides to seek approval from the king. Ignoring his mother who they were originally having a conversation with. Ending the discussion, the king gave permission to find the girl with every possible resource and marry her. Although it is always nice to have confidence. But, Prince Christopher is never seen contemplating whether or not he will gain approval or consent from Cinderella. Of course this is a fairy tale poorly representing what real life expectations are like. The ambience at the conclusion of the musical is Prince Christopher’s action to marry Cinderella rescues her from the life of misery. The above ideas are very theatrical and not very possible in real life. And would be shunned by activists today if it were to occur under any other circumstance than fairytales

In this very and only heterosexual musical, The plot follows a very patriarchal world we are by nature it is unable to escape that gender that preset gender dynamic. But through writers and actors production choices there is more of an equal gender power dynamic with the use of feminine details in the role of Prince Christopher. In the fragile world of sexuality and gender fluidity activism. I believe people can appreciate the progressivism by Walt Disney before the turn of the 21 century.