Esther: You know I have never watched High School Musical, can you tell me about it?

Seli: How are you going to call a movie that you have never seen boring? smh😒. Anyway, the movie High School Musical was made in 2006, written by Peter Barsocchini and directed by Kenny Ortega. It highlights the life of two high school students, Troy Bolton and Gabriella Montez, as they attempt to break the status quo by trying out for their school’s musical. 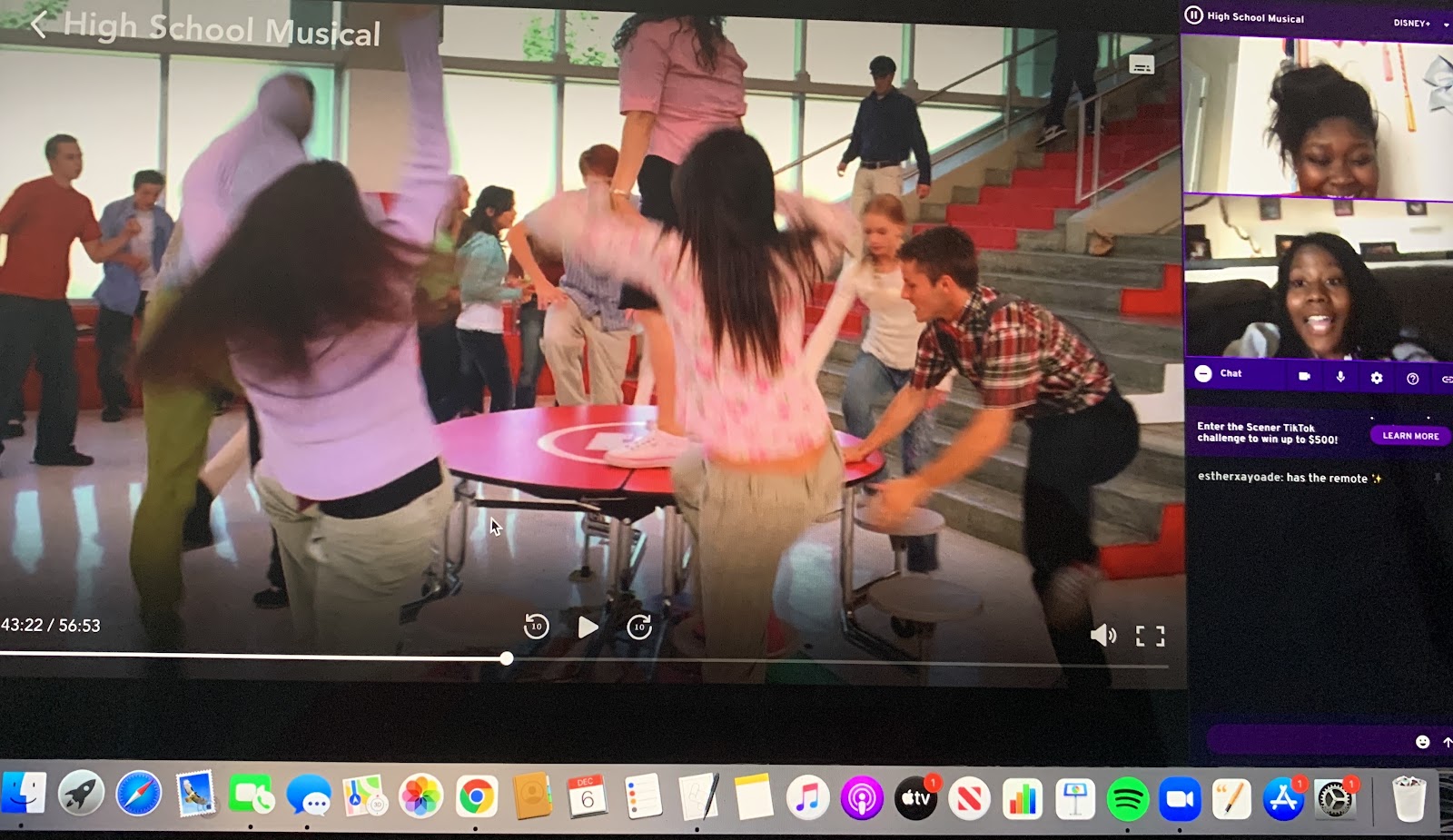 Seli: It was magical wasn’t it?

Esther: Ok, not gonna lie, it was pretty good.

Seli: Seeeeeee! I told you!

Esther: BUT, I feel like the production was hypocritical.

Seli: What do you mean?

Esther: Wellll, you mentioned that the moral of High School Musical was to show how different cliques can come together to break the status quo, right?

Esther: So if that’s the case, then why did the producers cast the way they did? The producers of High School Musical worked against the movie’s message of overcoming the status quo by casting roles that perpetuate racial stereotypes and exclude minorities. For example, the female protagonist, Gabriella Montez, is Latina. However, her part is played by Venessa Hudgens who is ethnically Filipino and Irish. Although the writers of High School Musical attempted to create a Latina lead, the casting of a Non-Latina actress to play this part was a complete misrepresentation of the character. By allowing Vanessa Hudgens to pose as Latina, it tells the Latinx viewers that they should be limited on the Hollywood stages. In turn, by not allowing Vanessa Hudgens to portray her true identity as a Filipino, it tells the Filipino viewers that they as well, are not good enough to be the lead in a musical movie.

Seli: Actually, your right! In addition to the false representation of a Latina lead, there was a severe lack of racial representation within the entire cast. The movie took place 2006 in Albuquerque, New Mexico. In 2010, this city had a population that was 46.7 percent Hispanic/Latino. However, in the movie, there was not a single lead actor of true Hispanic/Latino descent. Instead, producers selected a cast and ensemble mainly made up of white actors and actresses. The only people of color that had a significant role were the only three Black characters in the film: Taylor, Chad, and Zeke.

Esther: Oh wow really! You bring up a good point pertaining to the makeup of the cast. I didn’t even catch that it took place in New Mexico. With the number of white people in the school, I would have assumed the setting was some rural area in Alabama.😂

Esther: That is very true! The issue is not only that the Black characters were side-characters, but also that they were portrayed as athletes. Black men are usually associated with athletes, and athletes are stereotyped as unintelligent. So when Black men are placed in athletic roles, it raises a problem that the Black community has been facing for decades. Black men in America are seen as lazy people who add nothing to the advancement of society due to their lack of education. This idea was first portrayed in the movie when the basketball team was made the binary to the academic decathlon group, insinuating the lack of academic skills within the athletes. It is seen again when Taylor, from the academic decathlon, refers to the basketball players as “lunkhead basketball men.” She claims that “Troy Bolton represents one side of evolution, and our side [the academic decathlon team], the side of education and accomplishment, is the future of civilization.” This quote is detrimental to the image of athletes which is also detrimental to Black men. Because of America’s history of racial oppression, many Black men remain in poverty and society teaches them to rely on professions such as rap and sports, rather than a good education, “to make it out of the hood.”  The producers casted the Black men as basketball players instead of allowing them to play other parts, adding to the dangerous idea that Black men have brawn but not brains.

Seli: The roles of Chad and Taylor also play into the stereotypes that society holds for Black people. The writers wrote the attitude of these two characters very differently than they wrote Troy and Gabriella. The contrast in their attitudes works to bring out the best in the movie’s protagonists. When Chad confronts Troy about auditioning for the Spring Musical in the library, he raises his voice and slams a basketball into Troy’s chest. He then proceeds to ignore the librarian’s request for him to lower his voice. Chad’s loud and aggressive actions towards Troy define him as a hostile and an inconsiderate character, whereas Troy is painted as more reserved and polite. When the movie first introduces Taylor, the audience hears her make a snarky comment about how Chad couldn’t count to fifteen. Later, when Taylor is attempting to get Gabriella on the Academic Decathlon team and begins her speech about Troy, Gabriella tries to get up and go to her rehearsal, but Taylor shouts, making Gabrielle sit back down in fear. She then proceeds with her lengthy presentation where she slams her stick and insults Troy. These actions paint Taylor to be incredibly pretentious and rude, characteristics that work to bring out Gabriella’s purity and innocence. This aggressive, loud, and rude portrayal of Black characters in the film reinforces many of the preconceptions that people hold about African Americans. Because there is already a limited number of Black characters in High School Musical, the writers should have been more cautious of what these roles represented.

Esther: In contrast to the improper representation of Black characters as “dumb athletes” and aggressive, the producers managed to exempt key aspects of the Black community. Knowing they have such a young audience (or even 18-year-olds😉), the producers should have incorporated these important aspects to teach the kids how to divert from the status quo.

Let’s delve into the hairstyles of the main female characters. 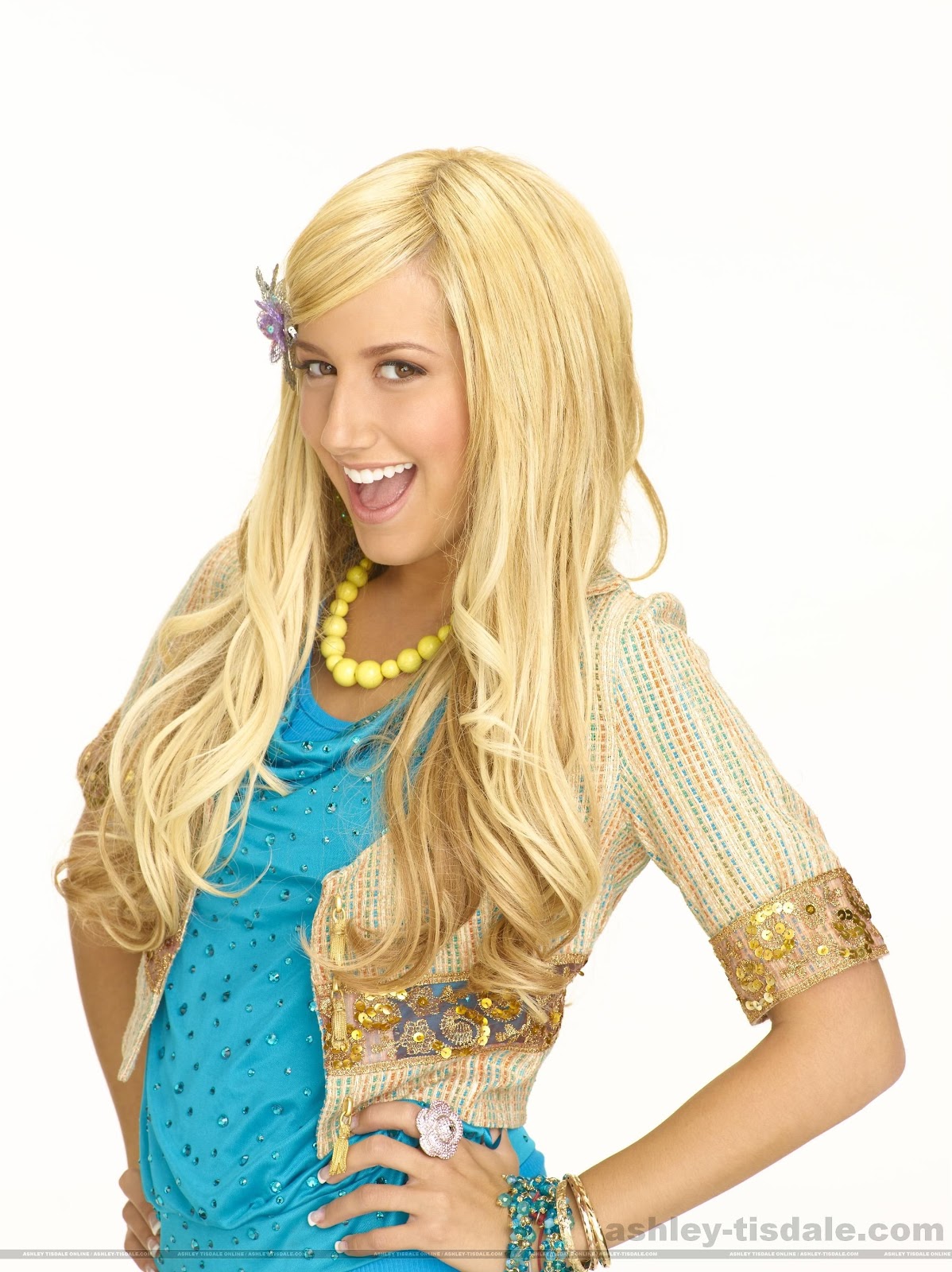 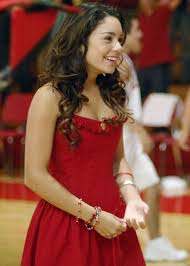 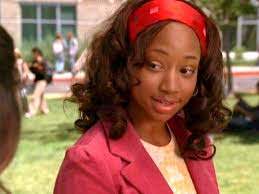 Many white girls watching High School Musical, may see nothing wrong with long, silky, curls because to them it is normal. Now, imagine a young Black girl, with thick, nappy, 4c hair watching High School Musical. What message does this musical send her? It tells her that revealing a natural afro is unacceptable for society and not beautiful. When Black girls like Taylor have the opportunity to wear their natural kinks in the media, the producers cover it up with a wig that resembles the texture and curl pattern of white people instead. The producers even had the perfect opportunity to develop a relationship between Zeke and Sharpay, as a way to dismiss the taboo of interracial couples, yet they do not. Decisions such as these make me wonder: how were the producers trying to send a message to not “stick to the status quo,” yet turn around and cast according to racial stereotypes?